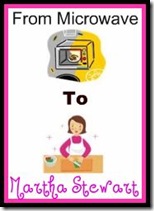 For Day 2 of the Microwave to Martha Stewart 90 day challenge, I introduced a new kind of meat to my family. High Plains Bison was kind enough to allow me to sample several of their products, including their bison steaks, bison dogs and bison Italian sausage. We tried out the steaks and dogs last night and they were quite a hit. I cheated a bit and had some boxed macaroni and cheese, but at least I actually grilled the meat!

“Our products are all natural – no hormones, fillers, antibiotics or artificial ingredients. Just pure American bison. Raised by hand-selected ranchers that specialize in and understand the unique demands of raising bison and only bison on the High Plains where they were meant to roam. Our herds are humanely raised and processed with the utmost care. All of our meat is 100% USDA certified and many of our cuts can even go so far as to claim to be American Heart Association certified. It’s that good for you.
As a weight loss meat, bison is better than beef because with 35% more protein, you can eat a third less and still be satisfied. And this lean red meat has an astonishing 2.42 grams of fat and 143 calories as compared to 18.54 grams of fat and 219 calories in choice cuts of beef. Even more astonishing, bison has less fat than chicken or salmon!”

{My Take}
I was honestly a little unsure of how I was going to like it since it was something totally new and I decided not to tell the kids what it was until after they ate it, for fear that they would not give it a fair try. So, the first night, I cooked up the bison steaks on the grill and accidently cooked one a bit too long. Bison meat required a lower cooking temperature and a shorter cook time than other meats because it is so lean, but no worries because it was still very edible and yummy. I also made the kids the bison dogs, which are much larger than regular hot dogs and much better for them too.

The steaks were so tender I hardly needed a knife to cut them with. The flavor was simply amazing and it was easily one of the best cuts of meat I have ever eaten. There was not a difference in texture in the meat and the flavor was similar to a high grade steak, but with a bit more richness in flavor. The hot dogs went over well with the kids and they gobbled them down quicker than their favorite brand. There were no complaints of a different taste and in fact, I snuck a bite of one from my youngest and it was great. There is a slight difference in texture between the bison dogs and regular ones, but in a good way. They are meatier and there are no fillers or poor cuts of meat parts in bison dogs! 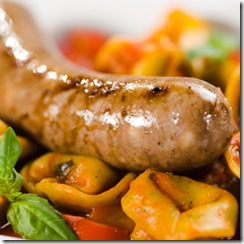 A few days ago we also tried out the bison Italian sausage and it was awesome. It comes fully cooked and has provolone cheese and pepperoncini peppers packed inside. These were absolutely delicious. They were a bit on the spicy side and there was more of a texture difference with these than the other products we tried. They have much more texture than regular Italian sausage and the cooked in cheese made these absolutely juicy and awesome. In fact, out of the three products, these were easily my favorite.
Overall, we loved the High Plains Bison products. The taste is great and there is no denying that the meat is clearly better for you, which is something I definitely look for as I continue my weight loss journey.
{Buy It}
You can purchase High Plains Bison steaks, dogs, Italian sausage and other delicious and healthy cuts of meat on their website. Use the code EATGOOD22 to get 20% off of your order of all meat items!!!!

* I received several High Plains Bison products for the purpose of review, but was not compensated for this post in any other way. The thoughts,words and opinions expressed here are entirely my own and were not influenced by anyone else.